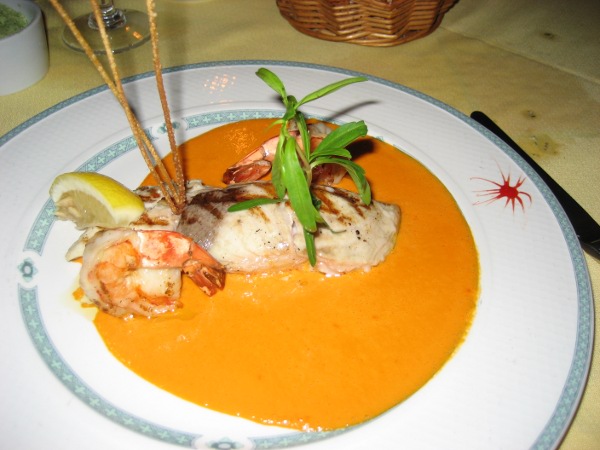 Remember PUFA (polyunsaturated fatty acids)? We discussed that few weeks ago. PUFA is good fat found in plant oils such as sunflower and soybean oil. It is also found in fish with omega-3 fatty acids (found in fattier fish such as tuna, mackerel and salmon).

Eskimos have extremely low rates of death from heart disease because they eat lot of fish. Mediterranean diet is also high in omega-3 fatty acids.

There is evidence from multiple studies supporting intake of recommended amounts of DHA and EPA in the form of dietary fish or fish oil supplements. The health benefits of omega-3 fatty acids are:

1. lowers triglycerides (kind of bad cholesterol)
2. causes small improvements in HDL (“good cholesterol)
3. small reduction in blood pressure
4. people with a history of heart attack, reduces the risk of non-fatal heart attack, fatal heart attack, sudden death and death due to any cause
5. reduces the risk of dangerous abnormal heart rhythms, and strokes in people with known cardiovascular disease
6. slows the buildup of atherosclerotic plaques (“hardening of the arteries”)

Too much of omega-3 fatty acids may have harmful effects, such as an increased risk of bleeding. It can increase LDL (bad cholesterol).

What about ALA? Scientific evidence regarding ALA is less compelling and beneficial effects may be less pronounced. Do not confuse ALA with omeg-6 fatty acids called Linoleic acid (LA).

In 2009, the American Heart Association advised the general public to make omega-6 part of heart-healthy eating. Omega-6 fatty acids are found in vegetable oils, nuts and seeds. Recommended daily servings of omega-6 depend on physical activity level, age and gender, but range from 12 to 22 grams per day.

PUFA (omega-3 and omega-6 fatty acids) are “essential” fats that your body needs but can’t produce, so you must get them from food. Observational studies showed that people who ate the most omega-6 fatty acids usually had the least heart diseases. Review of several trials by the American Heart Association indicated that replacing saturated fats with PUFA lowered risk for heart disease events by 24 percent.

There are three sources of omega-3 fatty acids:

-the most important source is fish for DHA and EPA (salmon, tuna, and trout) and foods like eggs, dairy products and yogurt are fortified with omega-3 fatty acids.
-second source is plants for ALA and plant oils, including leafy vegetables, walnuts and flaxseed oil (which is made up of 50 per cent ALA)
-third source is commercially available salmon and flax seed oil pills. Fish oil capsule 1000 mg has 300 to 600 mg of DHA and EPA.

Finally, remember omega-3 fatty acids are not panacea for all kinds of health problems. . Regular exercise and healthy eating is important part of staying healthy.

Is it possible to control sugar consumption?December 6, 2022In "Medicine Hat News"

Stop flirting with your enemies by eating smarter and healthier.September 3, 2019In "Medicine Hat News"

Here are some reasons for eating the heart-healthy Mediterranean diet.October 1, 2018In "Medicine Hat News"

One Reply to “There are many health benefits to eating fish at least twice a week.”