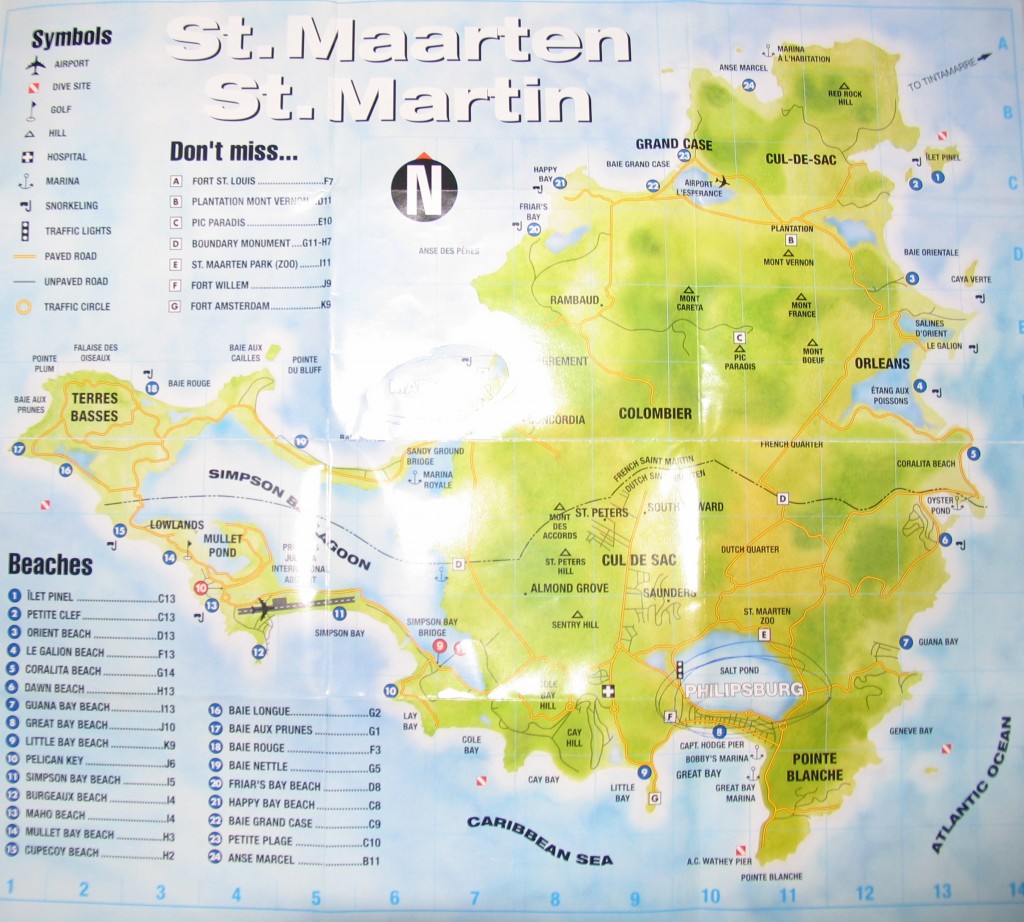 Map of the island. 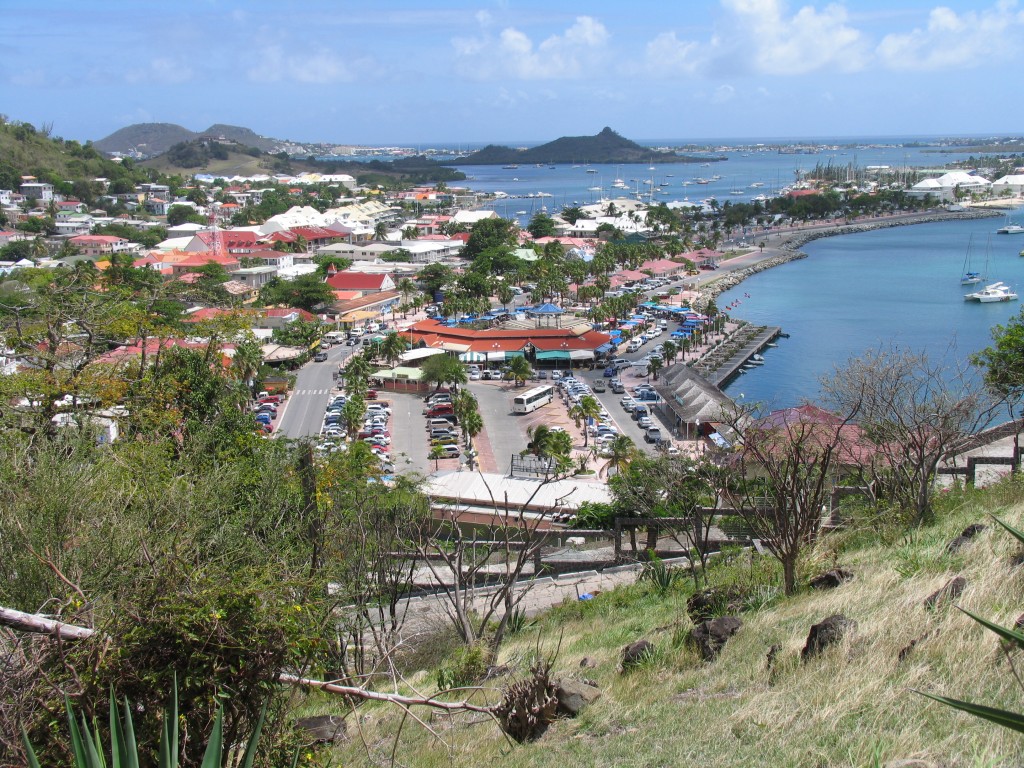 A bird’s eyeview of the harbour and shopping area. 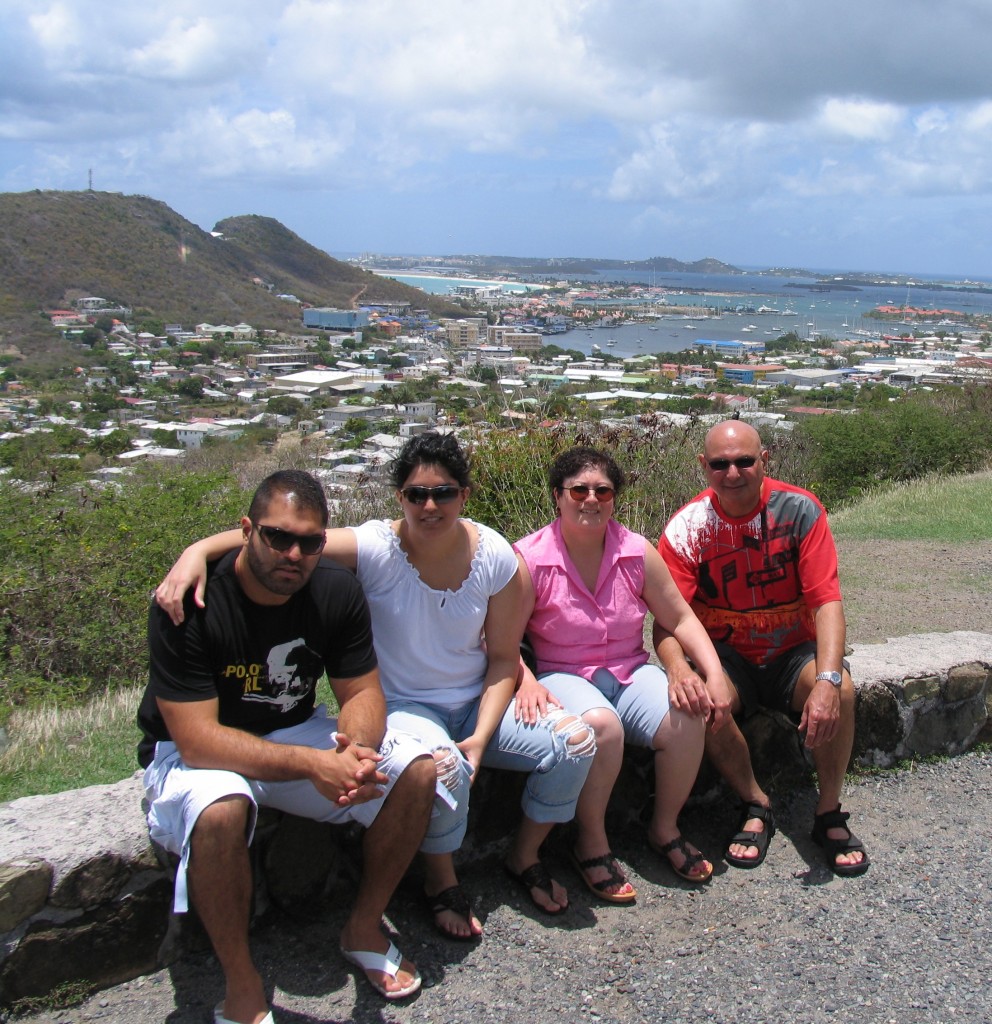 First, we should get the name right. Is it St. Maarten or St. Martin?

This tropical island is the smallest inhabited island in that area with a population of the entire island of approximately 72,000 people. Both parts of the island live in harmony. You can go from one end of the island to the other without restrictions. No questions are asked. But culturally the two areas are different.

We arrived at the Princess Juliana International Airport on St. Maarten’s side of the island. We were impressed by the ultra-modern airport for such a small island. It offers nonstop flights from the United States, Canada and Europe. We had to fly to Toronto and then take a flight to St. Maarten.

We stayed at the Westin Dawn Beach Resort & Spa, St. Maarten. It is a beautiful resort featuring 310 luxurious guest rooms and 15 suites, each with french doors leading to a balcony with an ocean or island view. Our rooms faced the beautiful beach. The resort offered many beach activities including the usual water sports.

Touring the island, we immediately realized how different the two parts of the island were.

On the French side, they speak French or English with a distinct French accent. They use Euro as their main currency and the main town, Marigot, has a distinct European flavour. The clothing stores have mostly European style apparels. About 35,000 people live on this part of the island. The French side is known more for its nude beaches, clothes, shopping (including outdoor markets), and rich French and Indian Caribbean cuisine.

On the Dutch side, English is more widely used although Dutch is the primary language. Netherlands Antillean guilder is their main currency although American dollar is accepted on both sides of the island. The main town, Philipsburg, looks and feels like a typical Caribbean island town. About 37,000 people live on the Dutch side. This part of the island is known for its festive nightlife, beaches, jewelry, exotic drinks made with native rum-based liquors and plentiful casinos.

The island is also known as a shopper’s paradise as it offers high quality duty-free goods in numerous boutiques. Popular goods include local crafts and arts, exotic foods, jewelry, liquor, tobacco, leather goods as well as most designer goods.

Salt and sugar cane industries are dead. The main economy is tourism and many Caribbean cruises include a stopover in Philipsburg. Phillipsburg has twelve gambling casinos and four duty-free streets full of shops and restaurants along the harbour. Also there is a beach and a board-walk just where the ship docks. One million tourists visit the island each year.

If you are an ardent environmentalist and a naturalist and are looking for a nudist colony then keep French side in mind. They don’t believe in wearing designer clothing on nude beaches. I wonder where I lost my Speedo!

We had a wonderful and relaxing time. I would not hesitate to go again (http://www.st-maarten.com/).