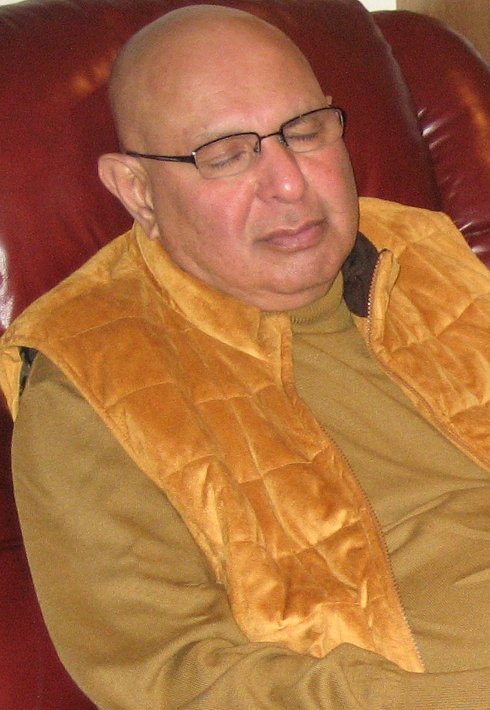 Sleeping well is important to our health. Sleeping enough is even more important. As we continue to live a faster and more competitive lifestyle, it is becoming difficult to get enough rest and sleep.

It is estimated that one in six adults report getting less than six hours of sleep nightly. This is related to too much work, stress, caffeine, nicotine, alcohol, 24-hour cable TV, the Internet and email.

A report in the Globe and Mail says that nearly eight in 10 married couples say their partner has a sleep problem, like snoring, insomnia, or incessant tossing and turning. A quarter say sleep difficulties force their mate into separate sleeping quarters. More than 20 per cent say they’re too sleepy for sex.

According to a large British study released some time ago, people who do not get enough sleep are more than twice as likely to die of heart disease. Researchers said lack of sleep appeared to be linked to increased blood pressure which raises the risk of heart attacks and stroke. Diabetes and obesity have also been linked with chronic sleep loss.

Not getting enough sleep can lead to impaired memory and thought processes, depression and decreased immune response, poor work performance, driving accidents, relationship problems, and mood problems like anger and depression. People who are tired and sleepy tend to eat more to stay awake and hence put on weight. They smoke more, drink more coffee and alcohol.

That is a long list of problems. We can avoid all that by sleeping well and sleeping enough.

Infants usually require about 16-18 hours of sleep per day, while teenagers need about 9 hours per day on average. Most adults need about seven to eight hours of sleep per day. The British researchers say that consistently sleeping around seven hours per night is optimal for health. When we sleep, the body rests and restores its energy levels. A good night’s sleep will help us cope with stress, solve problems and recover from illness.

The quality of sleep we get is as important as the quantity. Each morning, after seven to eight hours of sleep we feel tired then it is a sign of poor quality sleep. If this is a chronic problem then you may be suffering from a sleep disorder which requires investigation and treatment. Your doctor can help you by referring you to a sleep clinic.

New year is a good time to control the silent killer.December 24, 2019In "Medicine Hat News"