Alcatraz island as from San Francisco 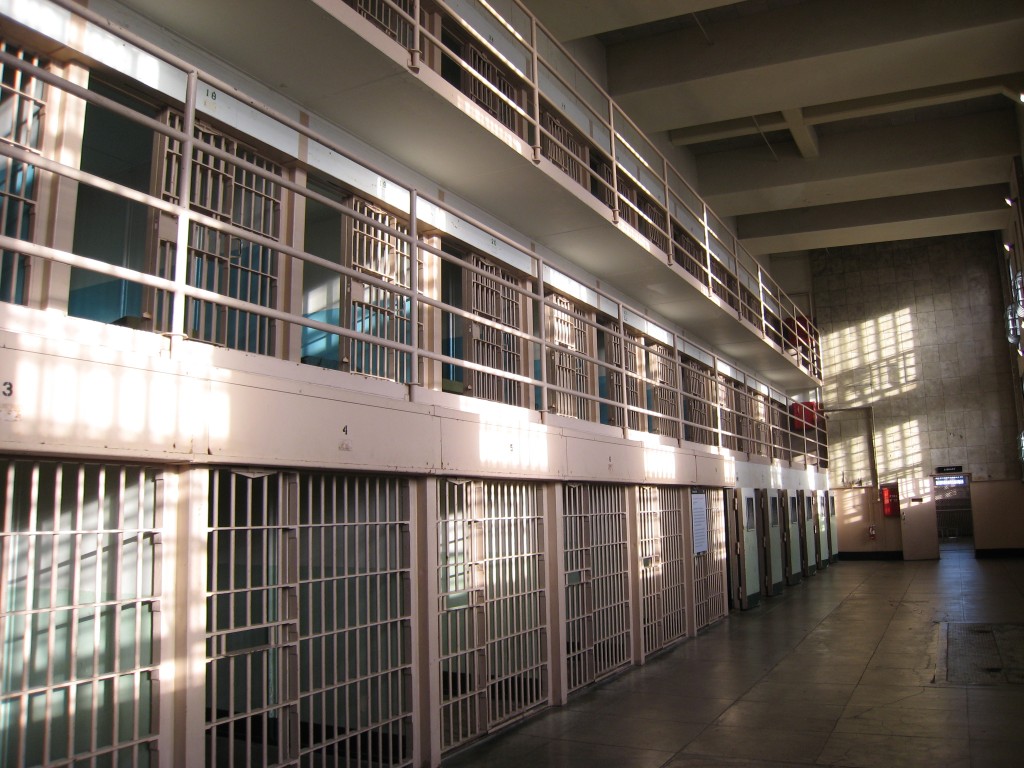 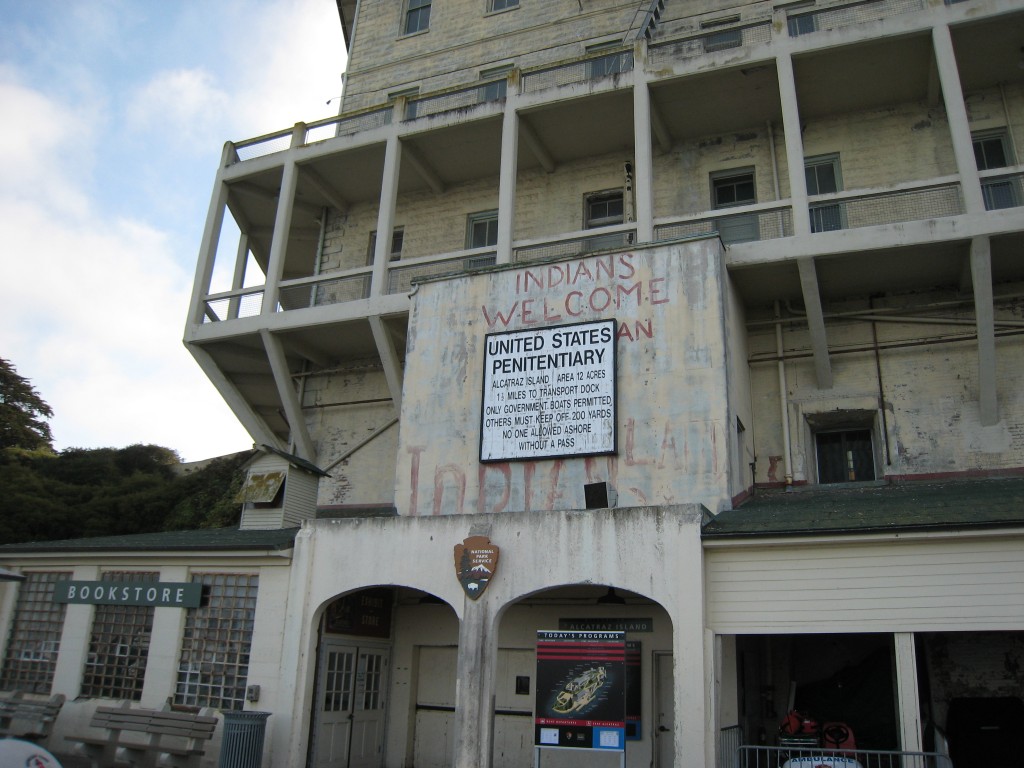 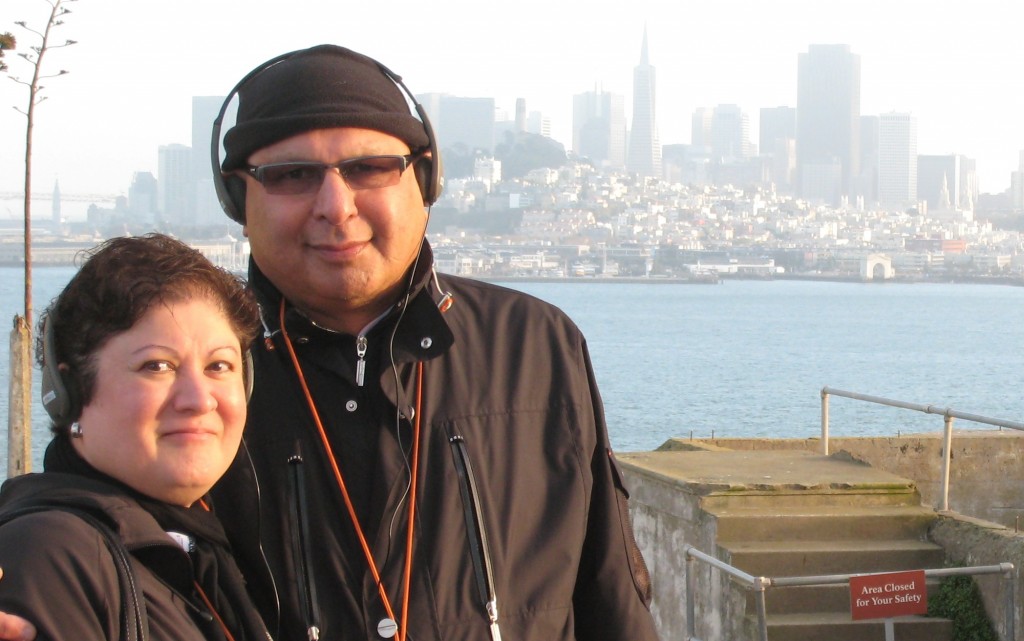 Sabiya and Noorali Bharwani on the island with San Francisco

I find the island of Alcatraz very fascinating. I have visited the island three times. My last visit was about three months ago when my wife and I were in San Francisco for a conference of the American College of Surgeons. Recently, I noticed that there is a TV series called “Alcatraz”. And many Hollywood movies have been produced based on stories about the island and its famous inmates.

Most people know Alcatraz as an island for men too tough for any other prison. And these tough guys met their match on the windy, desolate, and inescapable Alcatraz. While the ghosts of the penitentiary continue to haunt the island, Alcatraz is more than just an abandoned prison.

Once upon a time, Alcatraz was home only to seabirds. In 1775,during the Gold Rush, the Spanish explorer Jose Canizares christened it La Isla de los Alcatraces. He was probably referring to the large population of black cormorants (alcatraceo) or the island’s pelicans.

In 1846, the Mexican Governor gave the island’s ownership to Julian Workman to build a lighthouse.

The US government got possession of the island in 1848 and began building a fort. A water tank was built. This was followed by a lighthouse and a foghorn. In foggy weather, it’s 1,000 pound bell was struck with 30 pound mechanical hammer every ten seconds. The garrison was completed in 1859 when 200 soldiers arrived to defend the port.

During the Civil War, Alcatraz held a number of Confederate sympathizers. In 1873, the island had Indian prisoners some of who refused to send their children to English only schools. Then came the 1906 earthquake in San Francisco, when civilian prisoners were transferred to the island until the city’s jails could be rebuilt. In 1912, a three-story cell house was completed.

When did it become the the Federal Penitentiary?

In 1934, Al “Scarface” Capone was one of its first prisoners. After that many prisoners came to Alcatraz because they were too much trouble in other prisons. During World War II, inmates made khakis, fatigues and cargo nets for the war effort.

During its 29 years of operation, the penitentiary claimed no prisoner had successfully escaped. A total of 36 prisoners made 14 escape attempts, two men trying twice; 23 were caught, six were shot and killed during their escape, and three escaped and were never found. The most violent escape occurred on May 2, 1946, when a failed escape attempt by six prisoners led to the Battle of Alcatraz. In 1963, Attorney General Robert Kennedy closed Alcatraz.

In 1969, 75 American Indians took over the island. The American Indian Foundation wanted legal control of Alcatraz under the 1868 Treaty of Fort Laramie. Some historical buildings caught fire and were destroyed so the US marshals forcibly removed the Indians, ending the occupation in 1971.

In 1973, Alcatraz became part of the Golden Gate National Recreation Area. It has become a big tourist attraction. It now has over 1.4 million visitors a year. There are gardens, and the wild inhabitants in the form of animals have returned. Today, over 100 different bird species visit the island, including the endangered peregrine falcon and brown pelican.

Who were the notable inmates in Alcatraz?

In 1934, Al Capone arrived on Alcatraz. He served just four and a half years of his sentence there before developing symptoms of tertiary syphilis and being transferred to the Federal Correctional Institution at Terminal Island in Los Angeles.

George “Machine Gun” Kelly arrived on September 4, 1934. He was a model prisoner. Alvin “Creepy Karpis” Karpowicz arrived in 1936. He constantly fought with other inmates. He spent the longest time on Alcatraz island, serving nearly 26 years.

Robert Stroud, who was better known to the public as the “Birdman of Alcatraz”, was transferred to Alcatraz in 1942. One myth needs to be clarified. Contrary to the popular film released in 1962, Robert Shroud, was not allowed to keep any birds but he did publish two books on them. And there were many other inmates.