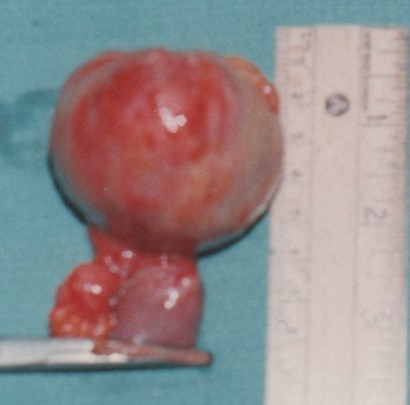 It was nine o’clock in the evening. I was on-call for the general surgery group. After a busy day at the office and the hospital, and after a late supper, I had just sat down to watch some news on TV. The phone rings. My wife answers. She says to me, “It’s for you, honey. It’s the hospital emergency.”

The ER physician had just examined an ill looking seven-year old boy with right sided abdominal pain, nausea, vomiting and fever. The ER doctor wanted me to come and give a surgical opinion. The question I will be asked in ER is, “Does this boy have an acute appendicitis and does he need to go to OR for surgery this evening?”

After going through the boys history and physical examination, I came to the conclusion that the kid was quite sick with abdominal signs of acute appendicitis. Possibly perforated appendicitis and peritonitis. He was dehydrated. Intravenous fluids were given, preoperative antibiotics were given and he was taken to OR.

Postoperatively the child did very well. He went home nine days after surgery. Pathology of the specimen showed normal appendix, Meckel’s diverticulum with gastric mucosa with ulceration and perforation in the adjacent small bowel and peritonitis. Acid secretion from the gastric mucosa in the diverticulum had caused the ulceration and perforation.

A Meckel’s diverticulum is a true congenital diverticulum (bulge) in the small intestine present at birth. It is a vestigial remnant of the omphalomesenteric duct (also called the vitelline duct or yolk stalk), and is the most frequent malformation of the gastrointestinal tract.

It was first described by Fabricius Hildanus in the sixteenth century and later named after Johann Friedrich Meckel, who described the embryological origin of this type of diverticulum in 1809.

It is not that common. It is anti-mesenteric (on the free margin of the small bowel). For a medical student, the best memory aid is the rule of 2s: two per cent of the population, two feet from the ileocecal valve, two inches in length, two per cent are symptomatic, two types of common ectopic tissue (gastric and pancreatic), two years is the most common age at clinical presentation and two times more boys are affected.

Most people who are born with this have no symptoms. The most common presenting symptom is painless rectal bleeding such as black offensive stools, followed by intestinal obstruction, volvulus (torsion) and intussusception where a part of the intestine has invaginated into another section of intestine, similar to the way in which the parts of a collapsible telescope slide into one another. Over the years, I have seen examples of each one of the complication.

If a patient has symptoms and clinical diagnosis is not clear then it is worth doing a Meckel’s scan using technetium-99m (99mTc). This scan detects gastric mucosa; since approximately 50 per cent of symptomatic Meckel’s diverticula have ectopic gastric or pancreatic cells contained within them. Treatment is surgery.

Painkiller Use in Seniors with Non-Cancer PainMay 30, 2017In "Medicine Hat News"

One Reply to “Meckel’s Diverticulitis can Mimic Acute Appendicitis”