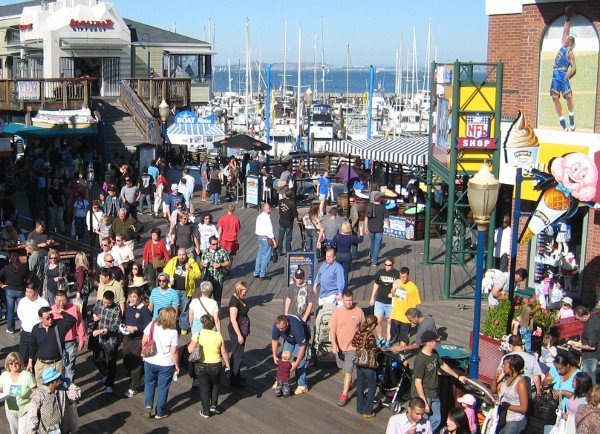 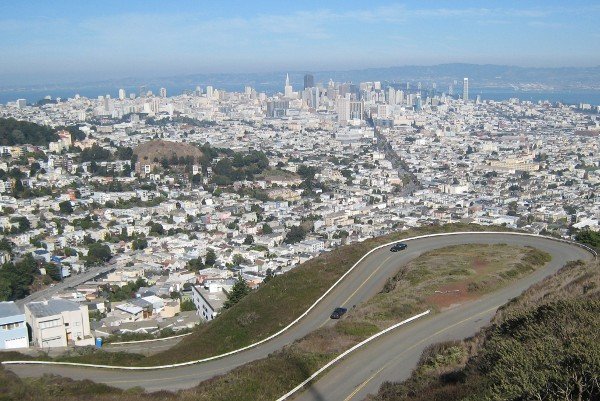 Sabiya and Noorali at the Golden Gate Bridge.

San Francisco, California, is one of my favourite cities. I was there with my wife at the end of October for the largest surgical conference in the world – the American College of Surgeons’ Annual Congress. It is attended by about 12,000 surgeons and about 5,000 other individuals.

Besides attending the conference, we did some sightseeing. This was my fourth visit to San Francisco and third for my wife. So we had seen most of the places before. But we did the rounds again to see if anything had changed and recall some old memories.

San Francisco is the financial, cultural, and transportation center of the San Francisco Bay Area with a population of 805,235. It is a peninsula and the second-most densely populated large city in the United States after New York City. I will briefly mention three important dates in the history of San Francisco which every tour guide will mention.

First, in 1776, colonists from Spain established a fort at the Golden Gate and a mission was named after Saint Francis. Second, the California Gold Rush of 1849 propelled the city into a period of rapid growth, increasing the population in one year from 1,000 to 25,000. Third, 75 per cent of the city was destroyed by the 1906 earthquake and fire.

Today, San Francisco is one of the top tourist destinations in the world, ranking 33rd out of the 100 most visited cities worldwide, and is renowned for its chilly summer fog, steep rolling hills (more than 50 hills within city limits), mix of architecture, and its famous landmarks, including the Golden Gate Bridge (you can walk the bridge), cable cars, and Chinatown. Lombard Street is best known for the one-way section in which the roadway has eight sharp turns that have earned the street the distinction of being the crookedest street in the world.

You can shop, eat and relax at the Ferry Building and Fisherman’s Wharf. You can go there every day and you won’t be bored. This area is a must for anybody who loves food and wine and the beautiful view of the waterfront, Alcatraz (a visit there is a must) and the Golden Gate Bridge.

You can catch the cable car from the waterfront and visit the downtown area for some exotic shopping. It is here that the Financial District is centered, with Union Square, the principal shopping and hotel district nearby.

There are more than 3,500 restaurants in San Francisco catering food to suit any taste or ethnic background. San Francisco has more restaurants per capita than any other city in the United States. It is considered the top city for dining out.

If you love biking or walking then San Francisco is your kind of city. Cycling is a popular mode of transportation with about 40,000 residents commuting to work regularly by bicycle. Pedestrian traffic is a major mode of transport as well.

In 2011, Walk Score ranked San Francisco the second most walkable city in the United States. After a good meal (fish with plenty of omega-3), a glass of red wine, you can walk up a hill and get your cardio work-out for the day before retiring for the night.

The conference was intellectually stimulating, the food was gasrtonomically satisfying, the red wine was relaxing and walking kept my conscious clear. I came home feeling smart and healthy. Remember, all work and no play is not good for your health.