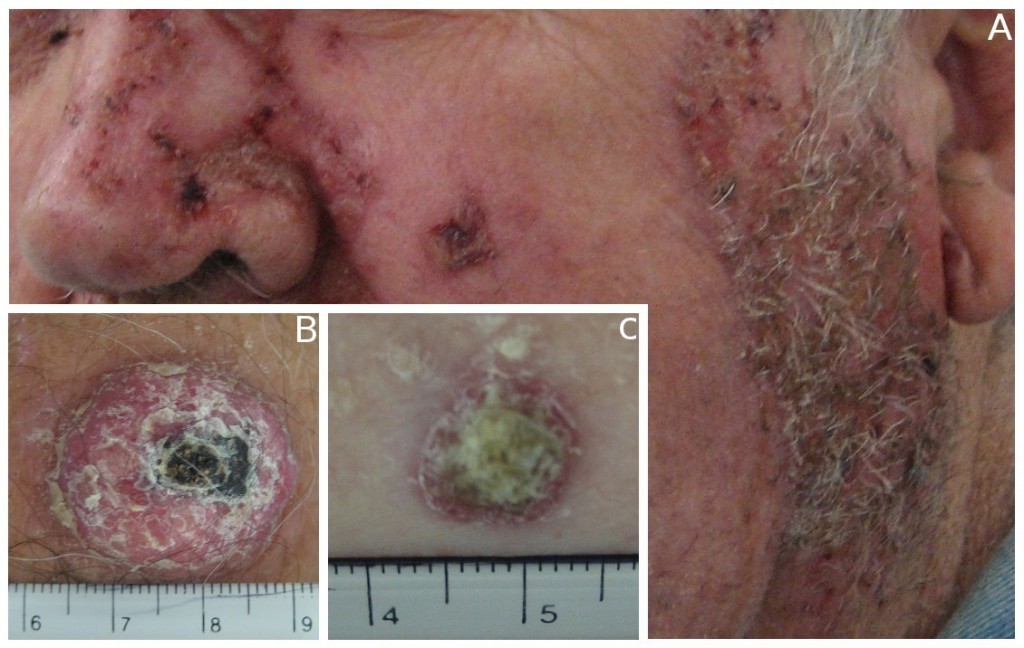 What is the most the most common cancer in Canada?

This is no brainer. It is skin cancer.

BCC and SCC are malignant tumours but typically are not life threatening and are usually successfully treated in doctors’ offices. If they are not treated then they grow slowly over a period of time and require bigger excision and this can be disfiguring. Especially, if they are on the face, head and neck – the most common sites of sun exposure.

Excessive sun exposure is responsible for 90 per cent of non-melanoma skin cancers and two thirds of melanomas.

What are the risk factors? People who have fair skin, have tendency to freckle, have high degree of sun exposure, make excessive use of sun beds, had previous radiotherapy or phototherapy and those who have genetic predisposition.

BCC arises from the lowest layer of the epidermis, called the basal cell layer. About 80 per cent of non-melanoma skin cancers are BCC.

BCC usually grow slowly. It is very rare for a basal cell cancer to spread to nearby lymph nodes or to distant parts of the body. But if a basal cell cancer is left untreated, it can grow into nearby areas and invade the bone or other tissues beneath the skin. They are locally invasive and disfiguring.

After treatment, BCC can come back in the same place on the skin. People who have had BCC are also more likely to get new ones elsewhere on the skin.

The first line treatment of BCC is often surgical excision. Many non-surgical alternatives are available but if it is not adequately treated then two thirds of recurrent tumors appear in the first three years of treatment and 18 percent appear between five and 10 years after treatment.

SCC – about 20 per cent of non-melanoma skin cancers are squamous cell carcinomas. They commonly appear on sun-exposed areas of the body such as the face, ears, neck, lips, and backs of the hands. They can also develop in scars or skin ulcers elsewhere.

SCC tends to be more aggressive than BCC. They are more likely to invade fatty tissues just beneath the skin, and are more likely to spread to lymph nodes and/or distant parts of the body, although this is still uncommon. Treatment is same as for BCC.

If you like to worship sun, then expect to burn and eventually get cancer.

Next week, what do you know about sunscreens?