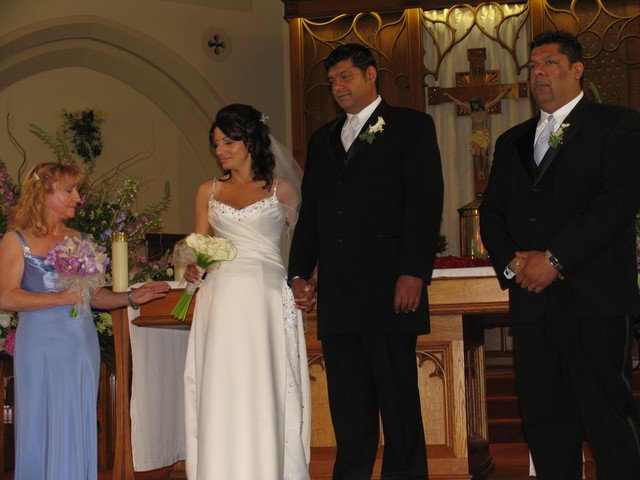 This picture shows Helena and Karim during their church wedding ceremony. 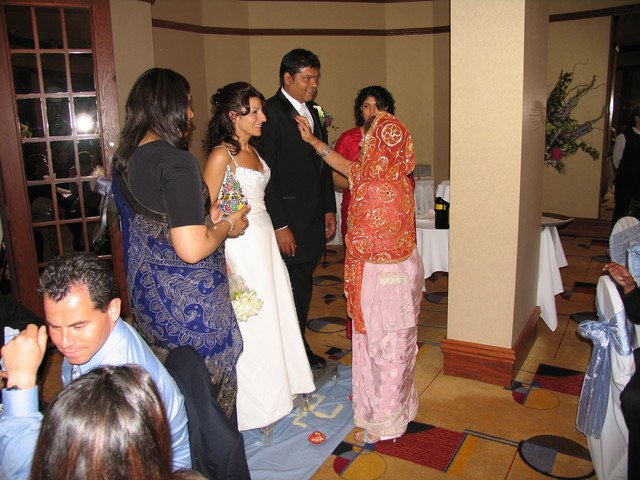 This picture shows Helena and Karim going through one of the Indian traditional wedding ceremonies.

A few days ago I was in rainy Vancouver to attend a very special wedding. It was the wedding of my nephew Karim. An Ismaili Muslim, born in Uganda and brought up in a cosmopolitan city of Vancouver. He was marrying Helena, a Catholic born in Portugal who was also brought up in the beautiful city of Vancouver. The love birds have been dating for the last two years. They got engaged a year ago.

I took my wife, my children and my mother with me. My mother lives in Calgary. She did not want to miss her grandson’s wedding. We flew from Calgary to Vancouver on a Thursday. It was a rainy Thursday.

This was a very special wedding because we have been waiting for Karim to get married for many years. We could not believe that the day had arrived. Karim’s parents had six children, including triplets. His parents came to Canada as refugees to run away from Idi Amin’s brutality in Uganda. Karim was a little boy then. As fate would have it, Karim’s mother missed the wedding. She passed away 10 years ago from pancreatic cancer. She was 60 years old.

Helena is a special lady. She is the only child of her parents. She is beautiful, youthful, vibrant, hard working and ambitious. Karim is tall, dark and handsome and they make a wonderful couple.

The wedding was planned to spread over three days. On Thursday night (the day we arrived) was a traditional mehndi (henna) ceremony. The ladies did not want to miss this. According to a web definition, henna is a coloring agent made from the green leaves of a henna plant which, when mixed with ingredients like tea, coffee, cloves, or tamarind, forms a paste. The tradition is popular in Middle East, North Africa and South Asia.

Saturday was the wedding day. The sun came out and it remained sunny for the rest of the day. The wedding took place in the afternoon at St. Augustine’s Parish. It was a good dignified wedding. Helena and Karim looked very beautiful and handsome. The families from both sides were present to witness the event. Many photographs were taken to record the event for their children and grandchildren.

The evening reception began with a traditional Indian wedding ceremony. This consists of several rituals to ward off evil and bring good luck, happiness, fertility and prosperity to the couple.

The food was excellent, a mix of eastern and western cuisines keeping in tune with the highly multicultural and multi-religious guests in the room. There were speeches, toasting, laughter and dancing until the early hours of the morning.

Karim spoke about his mother. How much he misses her. He was happy to see his grandma (now 88 years old) fly from Calgary and his older sister from Edmonton although both have to rely on wheelchairs to get around. That was very special.

Sunday was the last day to wind up the wedding ceremony. There was a family brunch and a visit to the cemetery to pay respects to Karim’s mom.

This wedding was a good example of what Canada stands for: peace and harmony among all faiths and all cultures. May Helena and Karim be blessed with a very long and happy life. With two Gods (so to speak) looking down on them, things cannot go wrong! Can they?