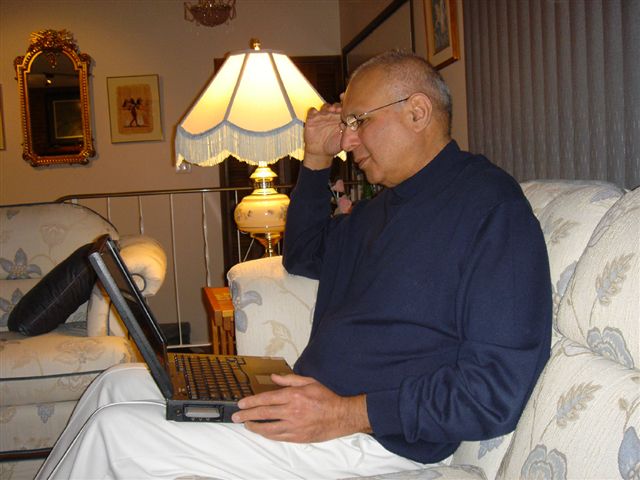 What is a laptop?

A laptop is a portable computer small enough to use on one’s lap. The question is – is it safe to use your lap as a desk?

The Medical Post reports that male fertility may be adversely affected by using a laptop balanced on the thighs.

A study published in a European journal (Human Reproduction) found the combination of the thighs held together to form a desk for the laptop plus the heat generated by the machine raised the scrotal temperature by 2.6 to 2.8 degrees Celsius within 15 minutes.

The blood flow to the testes maintains the temperature of the testes two to four degrees Celsius lower than the rectal temperature in the normal individual. If there is loss of this temperature differential then the testicular function is compromised resulting in infertility.

Sperm and testosterone production occurs in the two testicles, or testes, which are contained in the scrotal sac (the scrotum). This sac develops on the outside of the body because normal body temperature is too high to allow sperm production.

Many hormonal and environmental factors influence the production of sperms. It takes approximately 64 days to produce one sperm. There are four stages involved in this process and there are millions of sperms present in different stages of production.

Infertility affects one in 25 North American men. More than 90 per cent of male infertility cases are due to low sperm counts, poor sperm quality, or both.

Semen is produced by clusters of tissues called seminal vesicles and prostate gland. Semen provides a safe environment for 100 to 300 million sperms delivered at the time of ejaculation. But only 15 per cent of these are good enough to impregnate a woman. However, only 40 or more sperms survive the stress of ejaculation, the chemical composition of the semen and the hostile environment of the vagina (cervical mucous is sometimes impenetrable) to find an egg and fertilize.

It can take up to four days for the sperm to reach the egg in the fallopian tube. And the egg is available only for 12 hours each month for the sperm to get there on time and fertilize. And, in the end, only one sperm gets through to fertilize the egg. What a journey! No wonder so many couples have difficulty having children. On top of that we put laptops on our thighs!

Teenagers and young men (I presume that excludes me!) are advised to use laptops on a table or desk instead of on their laps. Have pity on these poor little tadpoles. They have to be strong – as their journey is long and perilous!

Female Hysteria and Invention of a First Electric VibratorMarch 20, 2012In "Medicine Hat News"

Chlamydia, Gonorrhea and Syphilis on the RiseOctober 11, 2011In "Medicine Hat News"