For some it’s a fashion statement, for others a genetic inevitability. But when Dr. Noorali Bharwani went bald recently, it was all for a good cause. The general surgeon from Medicine Hat, Alberta, volunteered to have his head shaved at Relay for Life, a Canadian Cancer Society fundraiser in the city this spring. Dr. Bharwani held his event, which he called “Docs for Cancer”, during the all night relay run. Stylist Debbie Bullman of the Hair Palace salon donated her time and talents to crop his locks. By asking for pledges, from anyone wanting to watch him be shorn, he managed to raise more then $2 200.00 from an audience of about 300 people. Prior to this, Dr. Bharwani had raised in excess of over $12 000.00 over three years for the Cancer Society through a “Jail and Bail” event. He said he hopes his “Docs for Cancer” idea catches on and other physicians adopt the idea in their communities to show that doctors care. 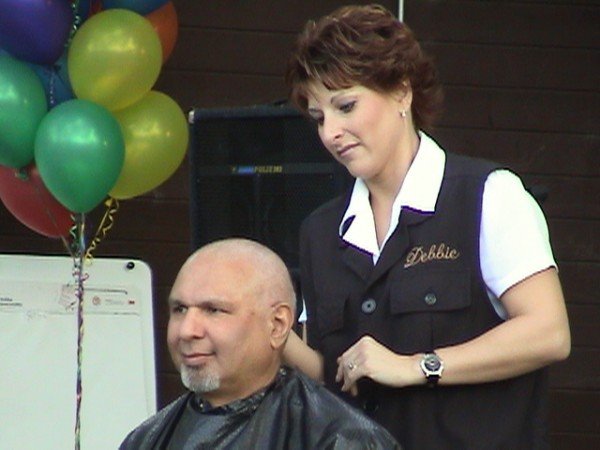 Baldness and My Head ShaveMay 28, 2003In "Medicine Hat News"